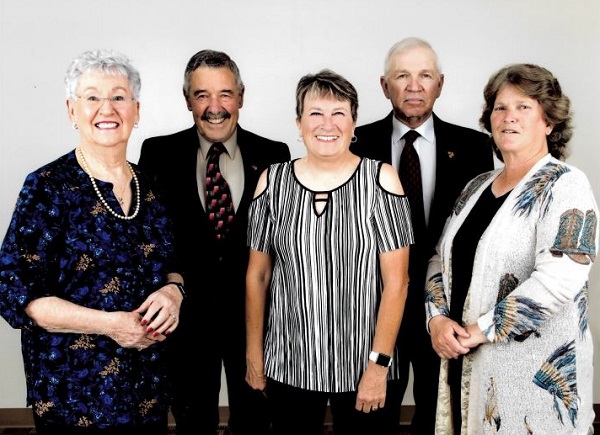 Elected to the Board in 1986, nominated as Board Chairman on May 15, 1990 and has presided in that position ever since. Mr. Houser enjoys spending his retirement farming. He and his wife enjoy travelling to see their son and his family in Louisiana. When not traveling they spend time with their daughter, his family, grandchildren, and great-grandchildren.

Appointed to the Board on May 17, 2016. Mr. Bamber is a retired Computer/Business/Math teacher (Springfield High School). Since retirement Mr. Bamber has stayed active with a rural mail route and as a minister. Mr. Bamber and his wife Vicki enjoy dining out with friends and traveling to see their children.

Elected to the Board in May 1990, nominated as and accepted the position of Secretary/Treasurer on May 19, 1992. Mrs. Raybon is retired from ranching certified Black Angus cattle. Laura enjoys quilting, singing in the church choir, her husband Bill and she enjoy travelling, and spending time with their family, children, grandchildren, and friends.

Elected to the Board. Mrs. Masterson worked for Springfield Schools as a leading successful classroom teacher for many years up to her retiring. Pamella Masterson brings great strengths and community knowledge to the Southeast Colorado Hospital District Board.